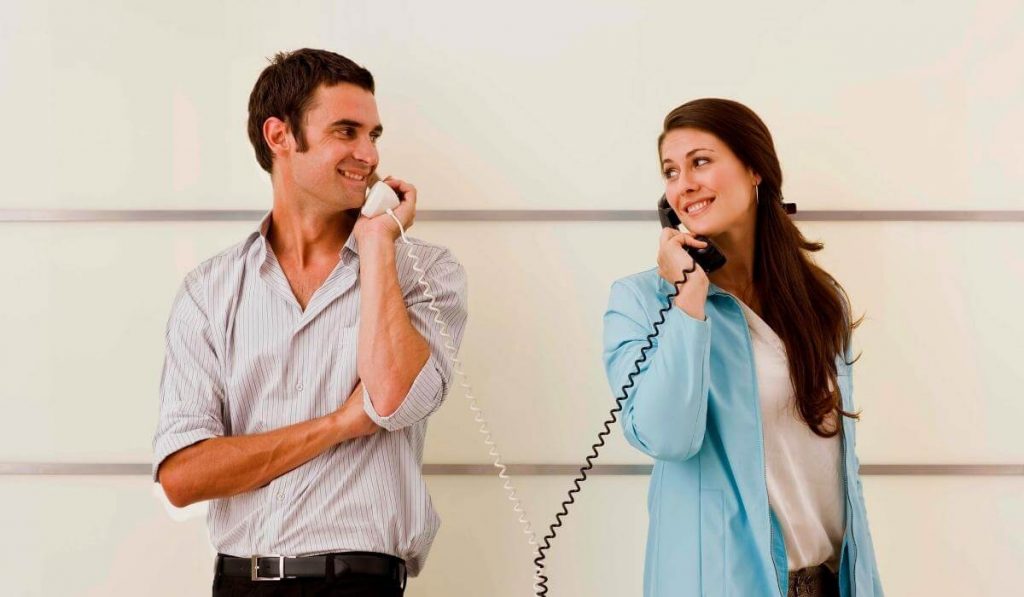 Is your small business or home office growing?

Do you need more telephones and related accessories to keep up with the increasing number of customers calling you to make inquiries or ask for your service?

Installing a two-line phone system is the recommended way to have your own cost-effective communication network to support your expanding business.

It is not rocket science to set up a two-line phone system. Before sharing with you how to go about it, learning the basics of this type of network is essential.

So, what exactly is a two-line phone? 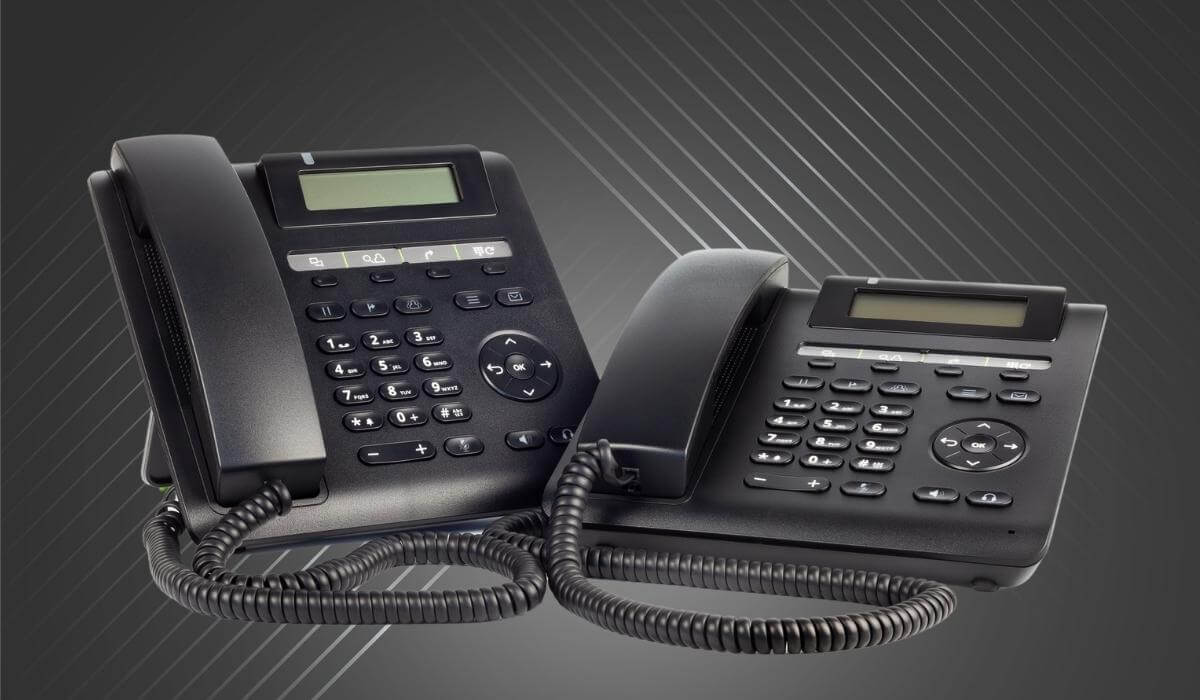 What is a two-line phone?

Otherwise known as a multi-line phone, a two-line phone system is simply your ordinary phone but designed with two lines. This setup allows more than two callers to be on a phone at the same time instead of just two parties, a caller and a recipient.

With this type of structure, you and your employee, for instance, can take incoming calls and make outside calls simultaneously. Your business activities will then increase as you can do more tasks in the same work period.

Alternatively, you can use the second line for other business operations, such as faxing, voice mail, or for an internet connection that needs a DSL (Digital Subscriber Line)phone line.

Operating with two different phone numbers, a two-line phone system is an affordable means for home-based workers or solopreneurs to keep communication lines with their clients and other contacts open when away from the home office. It also enables people to separate their business calls from personal ones.

An extension is built in order for you to connect to another phone to make the two-line phone work. A cordless phone is an ideal device to attach to the extension because it provides mobility and convenience within your home office. You can carry your wireless phone around and even put it in a different room for a specific purpose. Depending on your device settings, both of your phones will ring together or one will ring and only display a blinking light when someone is calling you.

If your two-line phone system is configured to receive the same calls, you can direct your employee or colleague to filter them so you can choose which call to answer first.

All phones use telephone jacks

Thanks to a telephone jack, a two-line phone system can be set up in your home office. Having two separate phone lines in a single phone device is advantageous for you due to its affordability, convenience, and simplicity.

The jack is where the phone cord is linked. It is attached to the wall jack which connects to the phone service company’s cable systems located outside your office.

An article on Flashmobcomputing.org explains that the two-line phone jack makes a connection with the line when the contacts or conductors that run along it identify the wires contained in the cord. It adds that the said contacts recognize only one line. This means that you will receive calls from the first line, not from both, even though you have dual phone lines.

Adding another number to your phone

Although telephone jacks come in many variations, the widely used standard for regular phones is RJ-11. Regarded as the international standard, this type of phone jack consists of four wires usually sorted in red-and-green and black-and-white colored pairs. The two center terminals of a jack use the red and green wires while the other pair lies on the two outer terminals. Such a design permits you to install two phone lines with less difficulty.

If you have a jack containing four wires, then your home office is suitable for two lines. Two wires are for your current phone line.  The remaining two can be used to install a new phone line. Calling your phone company is the simplest way to add another number to your new phone. The service representative will tell you what steps to take to activate an extra phone number. 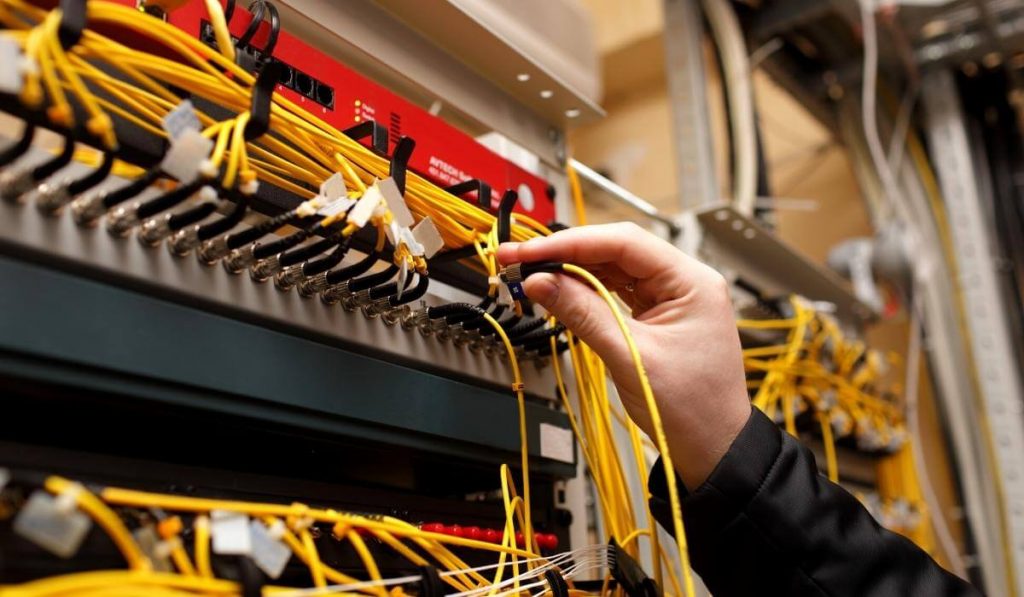 How do you set up a two-line phone system?

To set up a two-line phone system in your home office, all you need are your current phone device (landline or cordless/portable phone) and a telephone line splitter.

A phone splitter is a device that separates a phone signal into more than two signals. Each signal has an assigned frequency range and can select signals from various sources to integrate them into one signal. With a splitter, you can use two phone lines with just one phone device.

You need a two-line splitter to divide the line. The first line will be connected to one jack and the other line to another jack.

Common costs of and installing a two-line phone

You can buy a splitter from an online retailer or at any electronics or hardware store. On Amazon, the prices for a phone line splitter range from $6 to $10, depending on the brand and features.

Be careful not to overload the splitter because the voice quality of the phone line connection will decline.

Upgrading your system later on

A two-line phone system is upgradeable. When the time comes that you need to modify your phone network to better suit your needs, you can choose other options. Phone service providers and retailers offer a variety of phone models with multi-line features. Among them are two-line touch phones, two-line business phones, two-line mobile phones, and two-line cordless phones. Contacting different vendors to find the best price, product, and service for you is highly recommended.

You can also consider switching to Voice over Internet Protocol (VoIP) technology when upgrading your two-line phone system.  You can still use your ordinary landline with VoIP. However, instead of tapping the conventional phone lines to communicate, this latest technology uses the internet to let you make and receive calls. It also provides video capability so you and the caller can see each other online. Contact phone service providers to get more details. 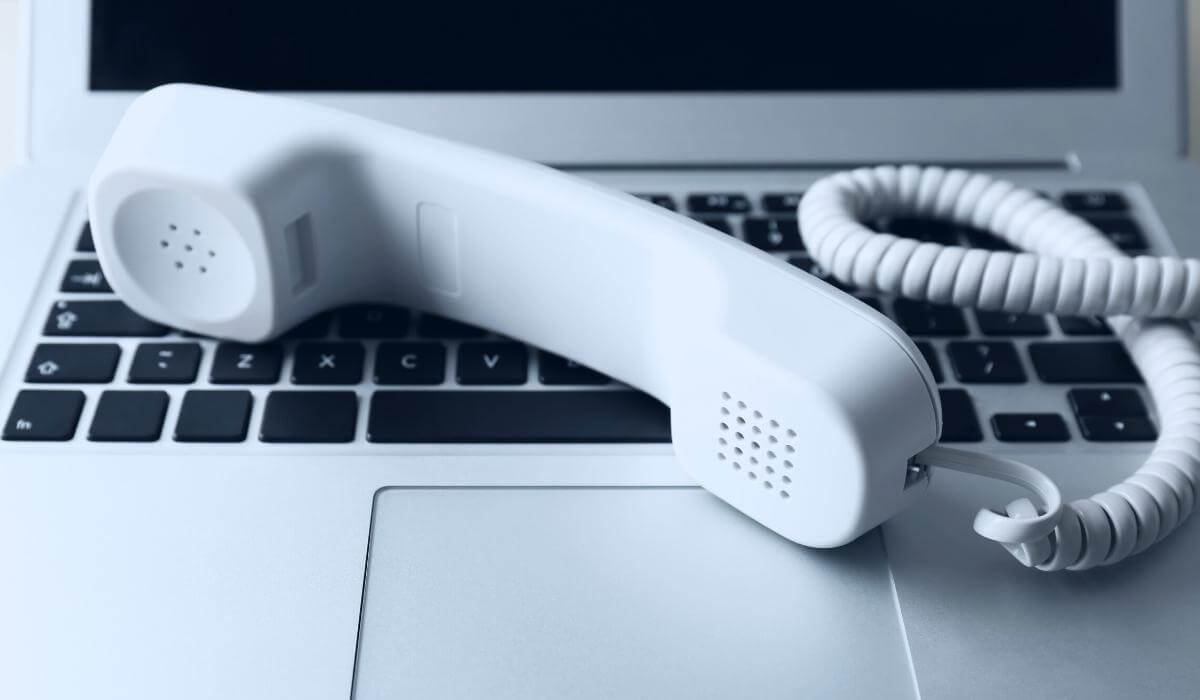 How can a two-line system benefit my household?

Phones of any type offer an efficient way of communicating with anyone. For instance, a two-line phone system can help strengthen personal relationships within the household — between husband and wife, parents and children.

For one, this type of phone system allows more than two users to interact with each other at once. Before, one family member could mainly control the traditional single-line phone. And if you run a home office, chances are that you experienced receiving several calls from your spouse’s or child’s friends aside from business-related ones.  This situation is not conducive to growing your small business.

A separate line for personal and business communication

A two-line system helps organize incoming and outgoing calls at home. One phone number can be assigned for business communication while the other number can be set for personal use.  Having your phone calls in order reduces tension, improves personal relationships, and boosts work productivity

In addition, a two-line phone system is economical compared to operating two single-line phones. If a member needs to make frequent long-distance calls and your house uses a traditional phone system, then expect your telephone bills to go through the roof.

A two-line network enables you to convert one phone line to internet-based calls that have lower fees or are free of charge. Facebook Messenger, Skype, Viber, Google Duo and Hangouts, WhatsApp, and Telegram are some of the free web-based services to which you can subscribe for free.

Your family can also use a two-line system to enhance a young child’s verbal communication skills. Every now and then, you can let your young one practice talking by letting him/her use the other phone device while you’re on the other line.

Moreover, having an extra phone number or line in your house will permit your child to contact his/her friends more often, increasing his/her social interaction with others. Under parental supervision, your child can make more friends beyond school, church, or neighborhood when your two-line system is VoIP-enabled. This online feature can allow your child access to social networks, including Twitter, Instagram, Tumblr, and Facebook. 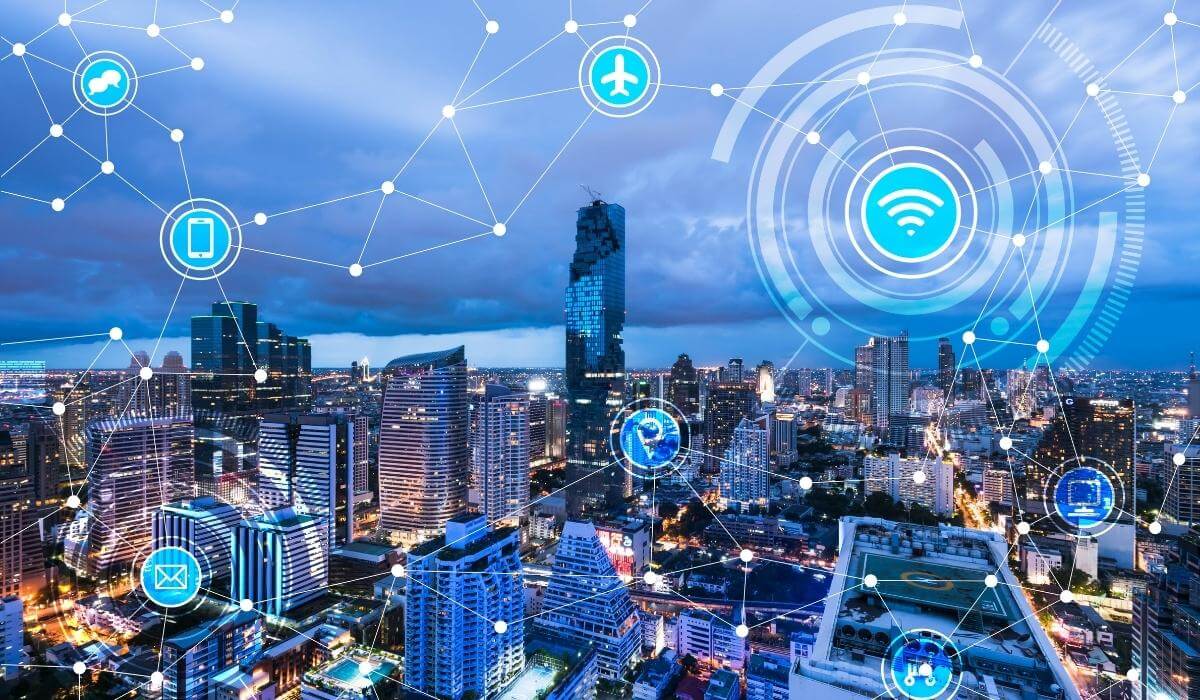 How has the internet changed phone systems?

More businesses are using a two-line phone system that relies on the internet not only for voice but also for video calls. An online-based phone network offers a wide range of communication services to your home office or small organization, such as voice mails, faxes, conference calls, and instant messaging. This type of setup is more affordable and flexible than the standard two-line system.

Internet calling is commonly known as a cloud-based phone system, which is a phone service enabling you to conduct calls (incoming and outgoing) over the internet (VoIP). Unlike conventional phones that depend on optical fibers or electrical wires to establish communication, cloud phones are served or hosted in different remote servers called data centers.

The cloud-based two-line phone system makes full use of VoIP technology, which provides more capability and cost-efficiency for any enterprise. This latest voice technology transforms calls into tiny digital packets, automatically sending them to the closest data center where they are stored on servers or similar storage facilities. A VoIP service provider maintains a data center that instantly converts these small data packets into sound and video formats to the callers.

With this kind of two-line phone setup, all communications can become virtual. Phone extensions, jacks, and other devices are not literal or physical, but virtual representations in the cloud. This simply means you don’t need a large number of phone devices to support your growing communication needs. Having a stable, high-speed internet connection is enough to get as many lines as you require.

Voicemails, online/email sharing, and other features

One feature that makes a cloud-based phone system different from your standard multi-line setup is the voicemail-to-email function. You no longer need a voice mailbox because this capability converts voice messages to audio files that can be sent via your email address. Without a data limit, there’s no rush to delete your previous and checked voice messages. You can also save as many messages as you desire for future reference.

Additionally, a cloud phone enables your small office to adopt a unified communications network, combining all features (voicemail, chat, email, instant messaging, web apps, social media, etc.) into a single platform. Such integration will enhance your internal and external communications, streamlining your operations and preparing your business for further expansion.

The other features of a VoIP-powered phone system include unlimited international calling, auto-attendant, call forwarding, video conferencing, and artificial intelligence.

The biggest advantage of running a cloud-enabled two-line phone system is affordability and cost-effectiveness.

Affordability because the setup is relatively cheap – you only need a reliable, high-speed (or broadband) connection and a couple of telephone devices.

Cost-effectiveness because your overhead or ongoing expenses will be lower than having a traditional phone line. For one, charges on international or long-distance calling are not usually applicable to a VoIP-based network. You will be only charged for internet use.

Enterprises likewise experience a decrease in time spent on phone calls, resulting in more customers served- another benefit of having this modern phone system, according to the blog.

It notes that the latest studies indicate organizations can reduce communication costs by as much as 75 percent with VoIP compared to traditional phone services. The cost of local calls will also go down by 40 percent and long-distance calls by around 90 percent. Internet calling can slash initial investment costs by almost 90 percent for fledgling businesses.

Businesses can expect to save up to 60% on fax costs and phone fees, and by roughly 30% on conferencing tools.

In addition, the initial cost of putting up an on-premise phone system is placed at approximately $20,000 while the installation cost for a cloud-based phone system can either be minimal or none at all, the blog notes. 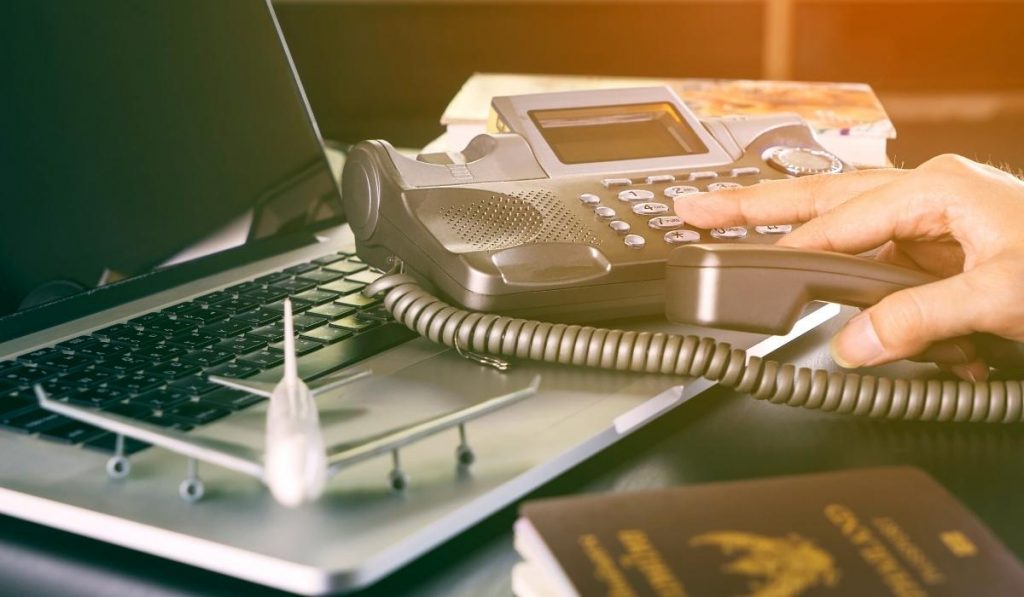 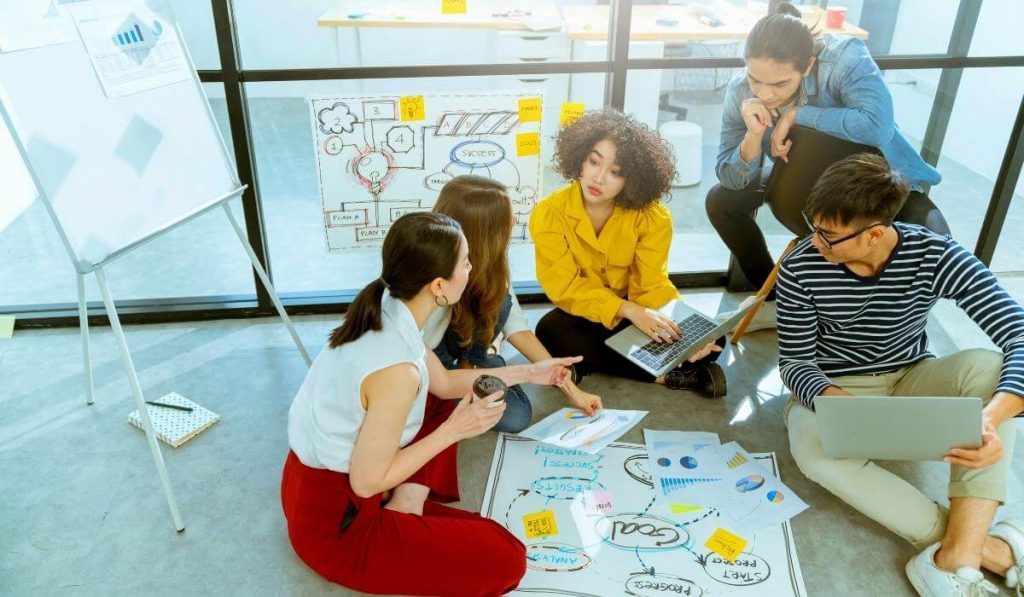 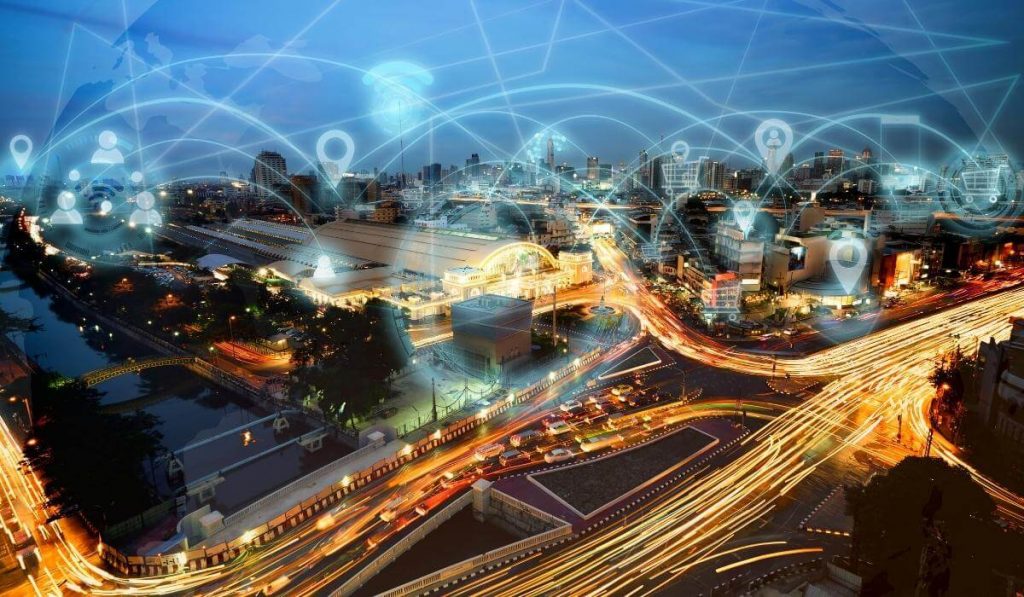